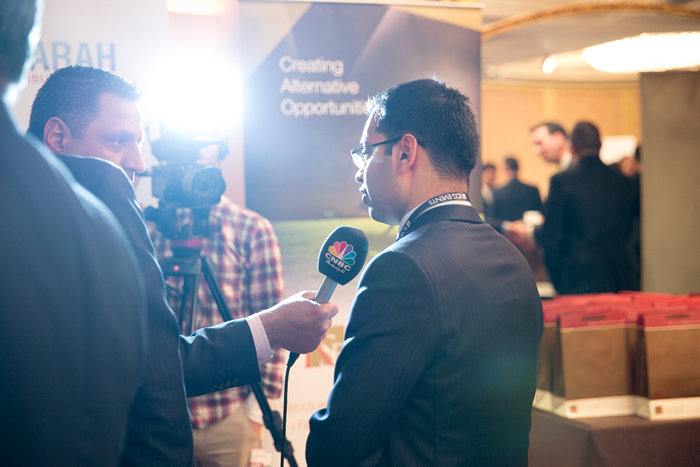 As sharia-compliant finance grows and institutions embrace mobile and internet banking, observers believe the opportunities offered by Islamic fintech will become irresistible to the sector – despite its lack of global standards. Kit Gillet reports.

While interest in the global fintech landscape has expanded at pace in recent years, propelled by the ubiquity of smartphones, sharia-compliant fintech has lagged behind, as potential investors remain cautious. Yet those involved in the sector believe it offers strong opportunities and that steps being taken to develop fintech ecosystems in key markets will help to grow the industry.

According to consultancy Accenture, of the more than $50bn that has been invested in fintech globally since 2010, just 1% has gone to companies in the Middle East and north Africa region, which is home to one-quarter of the world’s Muslim population.

However, the number of fintechs being launched in these regions has been growing, according to a March 2017 report by Wamda Research Lab and payment service provider Payfort. In 2015, there were 105 fintech start-ups across the Middle East and north Africa, up from just 46 in 2013, with that number expected to rise to 250 by 2020. Fintech start-ups in these regions planned to raise $50m in 2017, after raising just $100m over the previous decade, according to the report.

Islamic fintech companies are also appearing in Muslim-majority countries in Asia, and in more established fintech hubs in Europe and beyond, with areas such as crowdfunding, peer-to-peer (P2P) lending and digital wealth management considered the most promising.

Despite this, so far overall numbers with regards to Islamic fintech are small, with limited investment in the sector.

“Investment to date into Islamic fintech has been very low. Most people getting involved are doing it for the purpose of providing a solution and a service to their community,” says Irfan Khan, founding director of Yielders, a UK-based start-up involved in the real estate sector. Earlier this year it became the first Islamic fintech to get full authorisation from the UK’s Financial Conduct Authority.

“There’s no shortage of cash and capital, especially in Islamic finance,” adds Mr Khan. “The issue is providing the evidence that this can succeed. Once success stories are out there, money will start to flow into the industry and the industry will flourish.” He predicts this scenario is 12 months away.

Malaysia on the brink?

Even in markets such as Malaysia – considered a leader in Islamic finance – progress in developing Islamic fintech has been slow. “The awareness is there but a lot of the practitioners and regulators are trying to understand how fintech will be applicable to Islamic finance in the current landscape,” says Ridzuan Aziz, CEO of Sedania As-Salam Capital, which runs Malaysia’s first sharia-compliant trading system.

Mr Ridzuan, who is also one of the founding members of the Fintech Association of Malaysia, adds that there are fewer than five Islamic fintech companies operating in the country at present, and while he believes 2018 and 2019 are going to be exciting years for the sector, he points to existing challenges related to personnel. “What we have is pockets of people who know about Islamic finance on one side, and financial technology on the other side, and there is a gap in between. That’s the biggest problem.”

Others, however, point to different challenges. According to Mohamed Damak, global head of Islamic finance at Standard & Poor’s, what is really holding the industry back is its fragmented nature, and the lack of integration between its different parts and geographies. “People say the global Islamic financial industry is worth $2000bn and it gives the impression that this is really global. The reality is that it is a collection of local industries and there is limited interaction between its components,” he says.

One way that this is being addressed is with the establishment of regional fintech hubs. Across the Middle East, several countries are racing to develop fintech ecosystems, complete with regulatory frameworks and financial incentives, each vying to become a leading centre. This could have a major impact on the development of Islamic fintech.

“The first step is having the right regulatory framework, and in some cases incubator environments that allow for the development of Islamic fintech,” says Bashar Al Natoor, global head of Islamic finance at Fitch Ratings. “We’re seeing this in Dubai, which is trying to become a hub. Outside of Dubai you can look at Malaysia, which has an existing track record,” he adds.

“Islamic fintech is rapidly emerging in significance and scale, and over the next few years we expect to see a remarkable growth in the sector, particularly in the emerging markets,” says Raja Al Mazrouei, acting executive vice-president for the DIFC FinTech Hive.

Ms Al Mazrouei points to opportunities in the Middle East, Africa and south Asia, which are among the world’s fastest growing markets and where the majority of the population is Muslim, with 70% of them still unbanked. “By virtue of its guiding principles and technological potential, Islamic fintech holds the key to unlocking this large and untapped market through low-cost, digital and sharia-compliant products,” she adds.

Outside of the United Arab Emirates, both Qatar and Bahrain also aspire to become leading Middle East fintech hubs, with each recently hosting conferences. Earlier in 2017 Bahrain entered into a partnership with incubator Singapore Fintech Consortium and asset management firm Trucial Investment Partners to create a fintech ecosystem and regulatory framework for the country.

Despite all this, some believe that locations such as the UK – with its existing regulatory environment, skillsets and strong base of sharia-certified scholars working with financial institutions – will see the strongest growth in the future. “The challenges they have in the Middle East are that they don’t have [financial] passporting and they have small populations. It doesn’t mean that they won’t be able to develop technology and solutions; the issue is that adoption will be much slower in that region,” says Yielders’ Mr Khan.

While Islamic financial institutions have successfully embraced more conventional aspects of fintech, it will take time for more modern fintech to be widely accepted.

“If you look at the actual Islamic banks, when it comes to conventional fintech such as internet banking and mobile banking, they’ve done well. They’re competing with conventional banks,” says Mr Al Natoor at Fitch Ratings. However, he adds that for modern fintech, Islamic banks face challenges that conventional banks do not have. “Regulatory limitations and concerns could hinder the ability of Islamic finance institutions such as Islamic banks, takaful and fintech companies to forge ahead in adopting new models linked to various themes such as P2P, crowdfunding and big data,” says Mr Al Natoor.

Even so, Islamic banks appear aware of the potential opportunities on offer. According to a 2016 report by EY, the boards of the world’s 40 biggest Islamic banks have earmarked a combined investment of between $15m and $50m over the next three years for digital initiatives, as they target new customers and growth opportunities.

Some people see an opportunity for Islamic fintech to drive the Islamic finance industry forward, and overcome issues that have impeded its growth in the past. Craig Moore, founder and CEO of Beehive, a Dubai-based P2P finance platform, says: “We’re at an interesting crossroads. If you think of Islamic finance as part of the traditional finance world, it has been rapidly growing but it is still a small percentage. If fintech gets it right, what it allows [Islamic finance] to do is to punch above its weight.”

Mr Moore believes that wider adoption of fintech among Islamic players might help to address one of the main issues still affecting Islamic finance. “You don’t have a standard governing body: this scholar says this, this scholar says that. This is what holds back the wider spreading of adoption of Islamic finance, but perhaps fintech can be a catalyst for getting cross-border standards,” he says.

“In any industry, once you start to get common standards agreed upon, you get wider adoption. When you have a fragmented ecosystem, with two layers – the regulatory layer and the scholarly layer – it does affect things. It’s something that’s going to have to be solved, and maybe fintech can be part of the catalyst.”

Time will tell, but with technological innovations increasingly transforming the way people carry out financial transactions, and with Islamic finance spreading around the world, sharia-compliant fintech is likely to become an increasingly visible part of the global fintech landscape.